As a matter of course for our newspaper, we are commited to promote all those intellectuals who do not only define the history of the Kingdom of Navarra and Spain, but also served as a source of inspiration for counter-revolutionaries.

We refer to Álvaro d’Ors (Barcelona, 1915 – Pamplona, 2004), Professor of Roman Law and employee at some universities such as the University of Navarra (Navarra, Spain) and the University of Santiago de Compostela (Galicia, Spain). 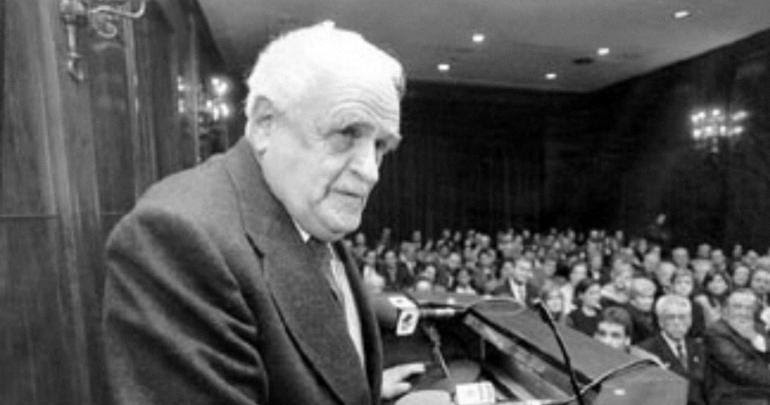 He was considered as a prestigious representative of Carlist traditionalist. During the Crusade of Liberation -as he did refer to the Spanish Civil War (1936-39), D’Ors served as a «requeté» against the socialist and communist threat -Popular Front. On the 1994 european elections, he was the a candidate of the Carlist Traditionalist Communion (CTC) list.

Among his works, written under a Christian perspective, we may find relevant contributions in relation to the opposition to the modern State (a revolutionary artificial entity, a counter-order) and the defense of «fueros» as a concept of Hispanic tradition and the political application of subsidiarity (based in decentralization).

So it has been decided to join a financial cooperation with the Mises Institute, a right-wing libertarian think-tank which represents the Austrian School of Economics, in order to promote his figure among different counter-revolutionary environments.

The campaign implies the engravement of his name in the headquarters of the institute. Those are based in Auburn, Alabama, a Northern Ameican place with a Hispanic footprint -like Texas and Florida). Álvaro D’Ors is an important personality for Carlist traditionalists and Hispanic paleo-libertarians.